The Blackmagic Design ATEM Mini Pro ISO is a four-input live production switcher with an integrated control panel designed for multicamera live streaming up to HD video to the internet (Youtube, Facebook,..) or broadcast applications like Skype, Zoom and many others. Features like live stream data rate and status information, a built-in hardware encoder, recording to all inputs and the program to USB drives, added record and stream buttons, stream caching, a timecode generator, program preview multiview, tally support, and support for Blackmagic Design Pocket Cinema Camera 6K and 4K to utilize as your broadcast sources. With the optional available BiDirectional SDI/HDMI 3G Micro Converter, you can also control up to 4 Blackmagic SDI Cameras.

This device offers four HDMI inputs on the rear and they input up to 1080p HD video. There is also an HDMI output, which could be configurated als a program out or for or multiview monitoring. Furthermore, there is a USB Type-C output, which will be recognized as a webcam on your computer, and an ethernet port for direct live streaming as well as system management and remote control.

With the ATEM Mini Pro ISO model you also get recording of 5 streams including all input as clean feeds for editing, plus a DaVinci project file for fast edit turnaround and Blackmagic RAW file relinking for finishing in Ultra HD.

None, embedded audio only.

On all 4 HDMI inputs.

On all 4 HDMI inputs. 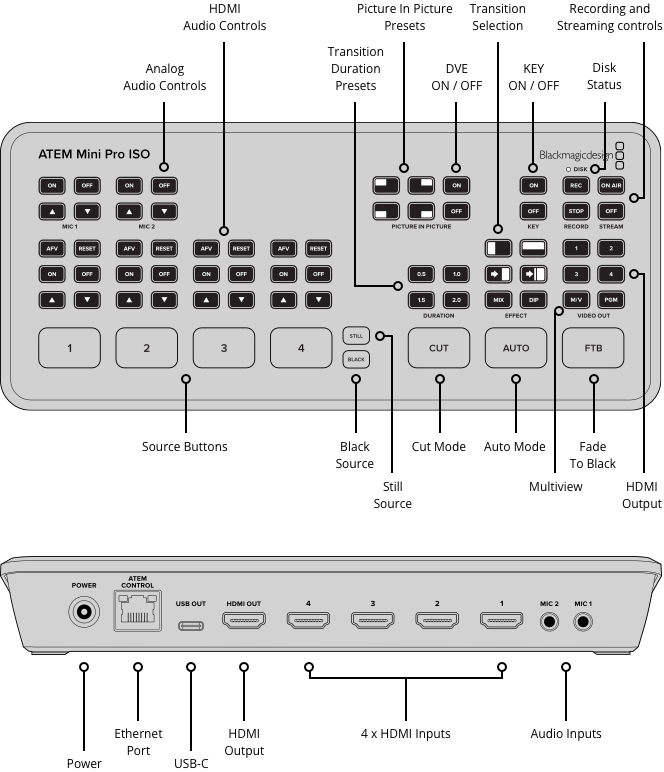 DVE with Borders and Drop Shadow

1 x Program out as H.264 .mp4 file at the Streaming quality setting and at the ATEM video standard with AAC audio.

Fill and key for each Media Player. 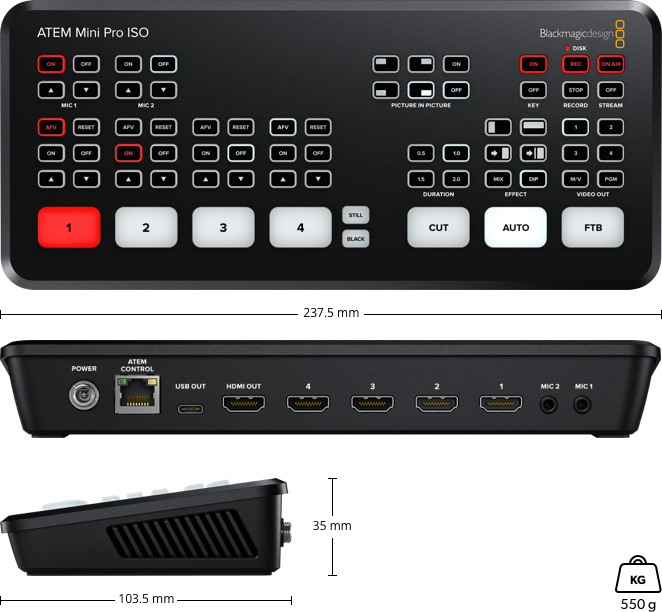